Thank you for your interest in 2920 RoadHouse Restaurant. Complete the form below to send us an email, or simply give us a call. We're looking forward to working with you.

Your message has been sent.

Please make sure fields are complete. 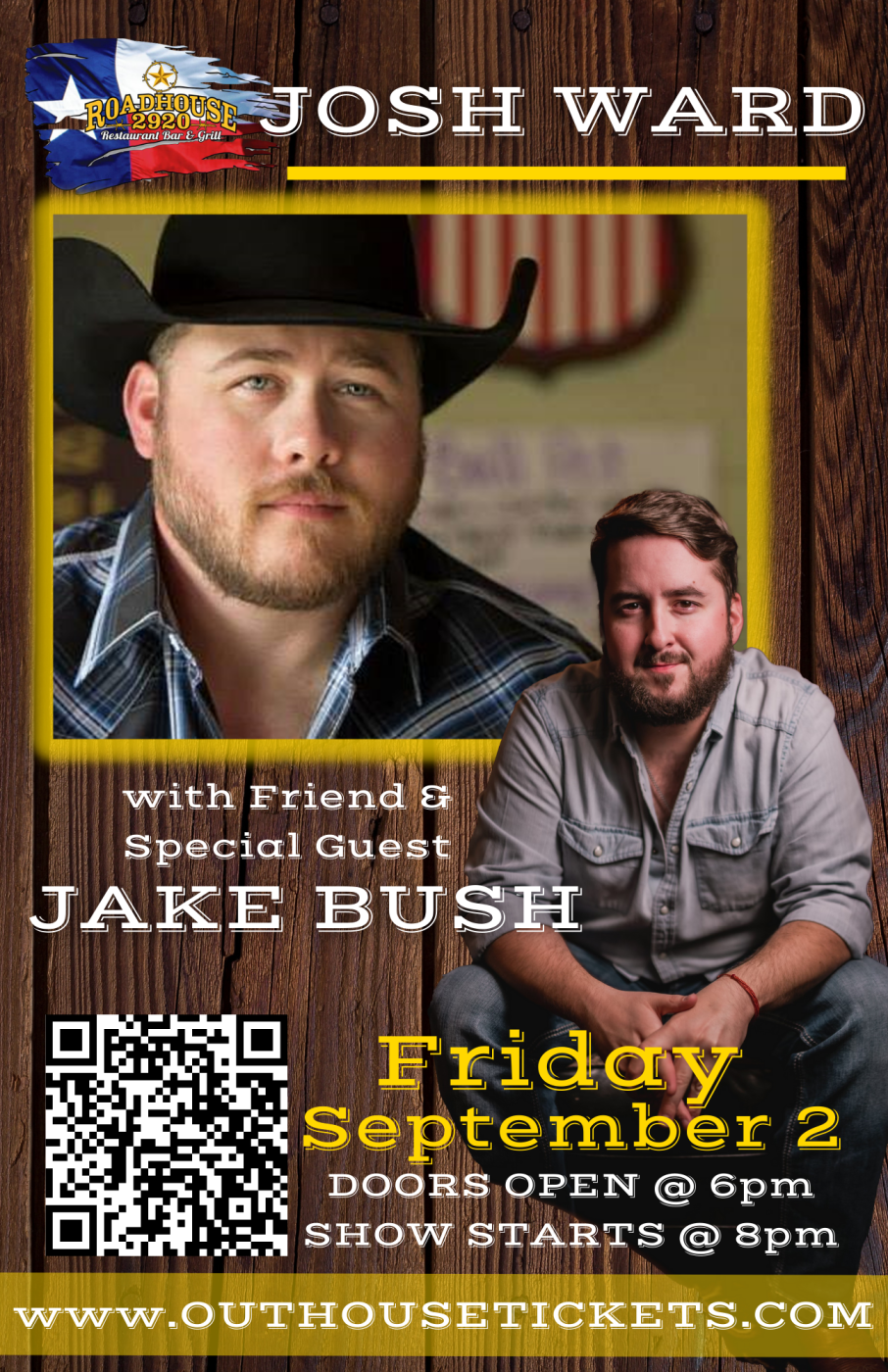 “All grit and no quit.” These are the deeply rooted words that Josh Ward lives by to an absolute fault. An anchored mindset that has led this Texas country music rising star from a drifter’s adolescence to the jeopardous game of the rodeo circuit to the punishing toil of the Texas oil fields, and on into the fickle arms of the music business. Some might argue whether it is having nine consecutive #1 hit singles in Texas under his belt that has garnered him staying power, or that he is killing it in the social media world with over 2 million views on YouTube and over 3 million streams globally on Spotify. Maybe it’s his 3 venerated album releases, or maybe because he can not only bat a full house on a 200 plus dates a year touring average, but also rope in crowds on a first time performance in an unfamiliar town. While impressive, all those distinctions can come and go in the world of music. The reason for his staying power turns out to be quite a simple one. And that is because Josh Ward is country music blood to bone, and both Josh Ward and country music are simply not going to go away. Don’t miss this rising star. Get your tickets at www.outhousetickets.com